Two Mistakes You Can Make in the Delegation of Work 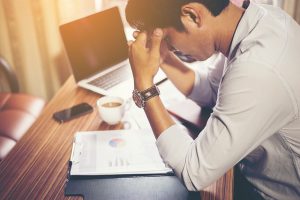 It’s understandable when founders have a difficult time letting go of the reigns. But at some point, they realize they must start delegating tasks to other people as the demands of their business grow. They simply can’t do it all!

The same is true for CEOs in established organizations. In fact, it is true for all managers who struggle with entrusting critical tasks to others.

The reality is that leadership cannot perform all the tasks within an organization themselves no matter how determined they are or convinced that they are the best person for the job.

For organizations to succeed and progress, whether large or small, all managers need to learn how to delegate effectively. Through delegation, managers are able to divide the work and allocate to subordinates, reducing their workload and allowing them to focus on their individual value-added work.

Delegation is most effective when everyone in the organization, regardless of position, has identified what their individual value-added work is and the “chunk up” and delegate tasks to their team members.

However, organizations can make two major mistakes when it comes to effective delegation and single points of accountability.

Keeping Single Point of Accountability Too High in the Organization

When the single point of accountability is kept too high in the organization, the CEO or owner takes on tasks that should be delegated down. When they perform these tasks themselves, the job will undoubtedly get done and done right. However, the work is getting done at too high a cost.

By not effectively delegating work further down the organization, it is costing more because someone paid a lower salary could be as successful at doing the work. There is also an opportunity cost. When a manager is doing work that could be delegated, they are neglecting their own value-added work: work that only they can do.

When a director is doing a job that their frontline manager can do, not only are the managers being paid for work they’re not doing but the director’s time is being mis-used.

Delegating Single Point of Accountability Too Low in the Organization

When someone who isn’t equipped with the capability, skills, authority, or resources to efficiently get the job done, they will not be successful. Someone will have to redo the work. This result in not just a delay in meeting the desired deadline but a doubling of the effort and double the cost.

There is much confusion in organizations about delegating the right work to the right person.

At Effective Managers, we’ve developed the Effective Point of Accountability® approach where the goal in the delegation process is to align the individual’s capabilities with the complexity or task, ensuring that the task has been delegated to the individual in the right role, and that has the capability and resources to be successful.