Management Consulting Has a 27% Likelihood of Automation – Should You Worry?

However, that won’t happen for several more years, so we shouldn’t stress about it too much right now. What we and most others should at least deliberate is how likely it is that Artificial Intelligence (AI) will replace certain professions. Plenty of theories and calculations already exist, and there are even sites that tell you the likelihood of your job being replaced by AI-powered automation.

These sites might sound like a joke, but there are serious calculations for many specific professions. The research we want to bring your attention to is one from McKinsey and Company, one of the biggest consulting firms in the world.

What Does the Research State?

When it comes to automation and the global workforce change it will bring, most experts agree that this will be more of a workforce realignment than a massive job loss. This means that many jobs that will be replaced by AI will also be realigned into new positions. Essentially, many people around the globe who will lose their jobs to AI will eventually gain new ones. However, this is only the case for about 19% of jobs, according to the latest studies.

The reality is that automation will replace many ‘unskilled’ workers, and the people in these jobs will most likely need to pursue some form of higher education to reintegrate into the post-AI job market.

Furthermore, there will be many other professions, ones that are not defined as typical blue-collar work, that might also be significantly impacted by the wave of AI advancement. One of those is management consulting, but as you already know from the title of this post, the chance for that is sitting at 27%.

For instance, waiters and shelf fillers have as much as a 72% chance of being automated entirely. Additionally, there are many other professions that have more than a 60% chance of being replaced by AI. Some of them are catering assistants, farmworkers, sewing machinists, packagers, launderers, agricultural drivers, bus drivers, and many others.

However, to truly gain peace of mind around what the coming industrial revolution will mean for you, you must first understand the actual implications behind this research. It’s not just about percentages and numbers. You still need to take into account that AI doesn’t mean robots will be roaming the streets making humans obsolete. In reality, AI mostly means automation. In essence, most skilled jobs will have specific parts that will be automated and performed by specific AIs, while a human will still do the rest. According to McKinsey research, less than 5% of jobs in the world will be replaced by technology in their entirety, while the remaining jobs will be ‘helped’ by AI.

For some jobs, technology could replace as much as half of the tasks being done by humans, but the human employee will still have other tasks to do, most of which will be vital for their organization or their profession.

What Does the Risk of Automation Mean for Management Consultants? 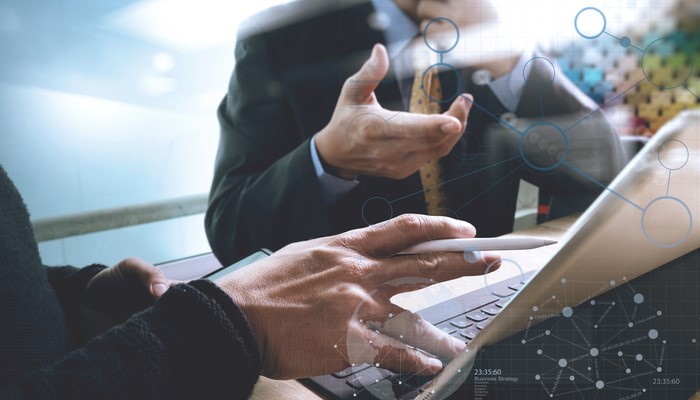 This is actually good news. Companies in the consulting sector, finance, insurance, and many others will end up benefiting from AI. As long as those organizations stay informed and invest appropriately, they will be able to leverage most future AI improvements. By doing that, they can increase their efficiency and accuracy. This means they will be able to deliver their services faster and at less cost. This is goof for the profession and for the client.

Automation will be beneficial for professions that rely on many rigid routine systems. By automating these tasks with technology, the employees will be left free to focus on work that truly matters for the company.

As you can already guess, this has the potential to be extremely beneficial for management consultants and consulting firms.

We firmly believe that this will be the case for management consultants, but even if the future ends up being somewhat different, you will be glad to know that most future predictions are positive. By the late 2030s, widespread implementation of AI technologies will create more jobs than it replaces. This was the case with all previous industrial revolutions, and it will most likely be the case with the next one.

With every massive change, people worry that some new revolutionary technology or machine will replace humans. But in reality, after each of these revolutions was fully integrated into the way we do things, people either got new jobs or integrated the new technology with their existing professions.

You will always need to continue learning and adapting to the changing world. You may not have taken the time to think about it, but you have always done this in the past, and you can expect to continue for the rest of your career. If you’re willing to continue to invest in your professional development, take a look at our eLearning programs and resources for management consultants. You never know what new knowledge or skill will benefit you in the future!